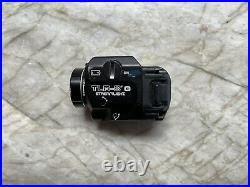 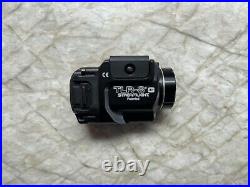 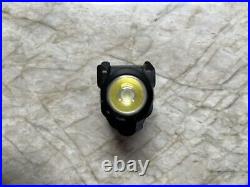 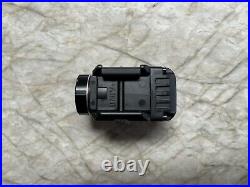 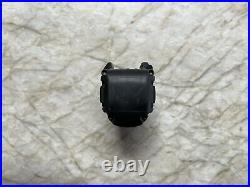 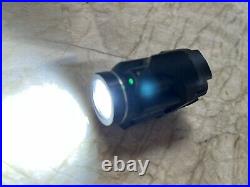 USED Streamlight TLR-8 G Gun Light with Green Laser and Side Switch. For sale is a used TLR-8 G with side switch. The light is used but fully functional. Flaws: The upper part of the side switch on the left side is starting to peel (but still works), and the unit has some scuffing and a scratch on the left side behind the clamping screw. Please see pictures for details. Will come with all rail locating keys and instruction manual. Will not include any batteries. Thanks for your interest. This item is in the category “Sporting Goods\Hunting\Scopes, Optics & Lasers\Red Dot & Laser”. The seller is “lrd420″ and is located in this country: US. This item can be shipped to United States. 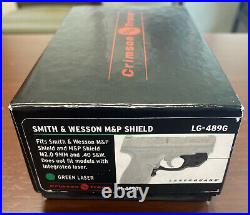 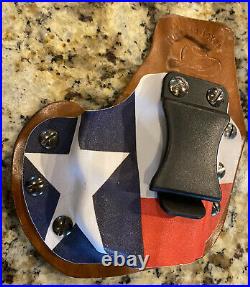 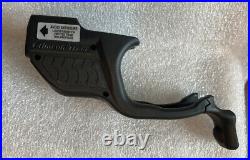 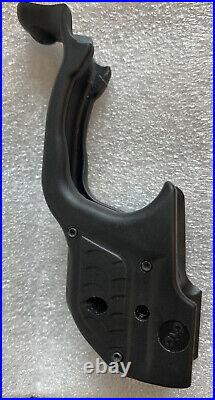 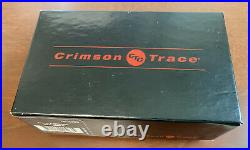 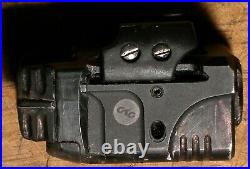 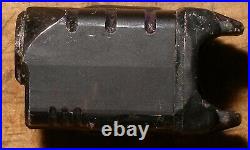 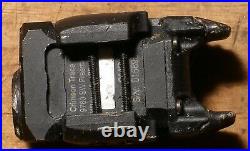 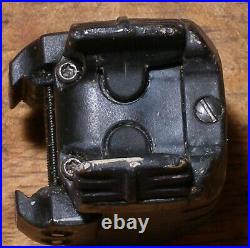 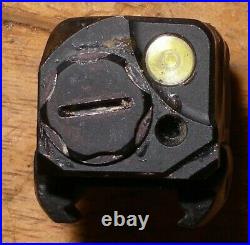 This is a listing for the used item in the title. The hi res photos shows the minutest cosmetic flaws and debris that are not be readily apparent to the naked eye. This is a functional item, not a pretty new looking one. They replaced mine with refurbished ones (of which this unit is one) as I describe below. Also, my repair to fix a manufacturing flaw is detailed below were done some time ago and is thoroughly tested It operates now better than most of them do after a couple months usage or eveen out of the package (details below). I have re-engineered the switch mechanism to be more sensitive on the right side. It had actually stopped working due to a manufacturing flaw that virtually every CMR-204 I have ever had (4) has had from CR or developed. I got tired of trading them in, learned what the problem was and fixed it. The problem is that this is a precision designed piece with imprecise manufacturing standards in the micro switches. Specifically, a tiny post on the inside of the paddle activator contacts the microswitch on a board in front of it, the post is tiny and comes in different lengths and the laser comes usually without the 4 switch plate screws properly torqued and the switch gets difficult to activate and deactivate as a result and then sometimes impossible. So on this one and others I had I discovered CR’s custom of NOT ASSEMBLING these correctly and tightened the screws, which worked for awhile but then the activation became difficult again. Well, I thought, I could send it in yet again, or figure out what is wrong and try to fix it myself. So I did the later. When I took it apart again , I could barely visually detect a difference in the height of the tiny activation posts between left and right. So I determined that a spec of Super Glue activated with baking soda adheres very well to the scuffed paddle material and elongated the post with it, which was naturally too long then because the size discrepancy is so little that if the difference can be seen, it is too much. But that is okay because the baking soda activated super glue is VERY hard and hard to file down even with a small diamond file. So I was able to slowly, carefully file it down a bit at a time and got it just right which is now more sensitive than the left side. If the right side is too sensitive, it can be filed down more with a fine diamond file like the one found on some Leatherman multi-tool models. If the left is too insensitive, then it can also be made more sensitive by the method I have outlined above. The item “Used Crimson Trace CMR-204 Rail Master Pro Green Laser & LED Light Combo Sight” is in sale since Thursday, April 22, 2021. This item is in the category “Sporting Goods\Hunting\Scopes, Optics & Lasers\Lights & Lasers”. The seller is “rubrtoe” and is located in Orlando, Florida. This item can be shipped to United States.